skip to main | skip to sidebar

The Pillbugs Marigold Something 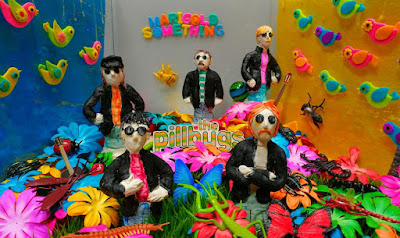 Marigold Something
Mrs. Sneed
Holding Back And Up
Making Her Music Louder
Xenophobia
Dangerman
Trip Into Darkness
Glad To Meet You, Bob
Queen V
This Is A Wrap
Woman From No Return
Here In A Daydream
Marigold Someone
September Gray

Mark Mikel has been super active this past year. He plays live in Bowling Green, Ohio at Howards Club H every Wednesday and these shows have been absolutely incredible. 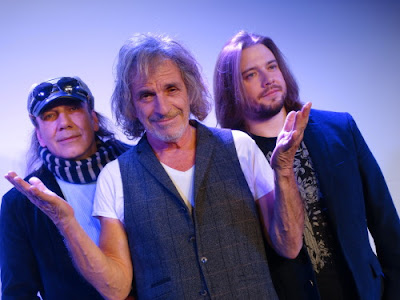 He also has completed a new record with Corky Laing and Chris Shutters for the resurrected 'Mountain' and those three guys are about to embark a short tour of England and France AND Mark recently flew to LA to record lead vocals for a song he wrote that will appear on the upcoming new Alan Parsons record. 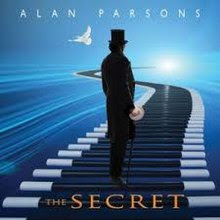 Labels: The Pillbugs Marigold Something

A scrapbook of sorts ... created by fans ... about the most psychedelic band in the world ... THE PILLBUGS! "They would indeed beat all comers to the World Psychedelia Cup" The Sunday Times (UK). "The Pillbugs aren't just playing in the Perfumed Garden, they are landscaping it anew from the bottom up." Bucketfull Of Brains.

The brand new Mark Mikel website with all the latest news.
http://theofficialmarkmikelpage.com/default.aspx

click on image to go to mark's new site

Welcome to the multicoloured world of The Pillbugs


Official Bio. The origin of The Pillbugs can be traced back to January of 1991. That's when Mark Kelley first called Mark Mikel up and asked him to form a new band. Kelley brought in drummer Dan Chalmers and Mikel brought in vocalist Dave Murnen and a guitarist who would eventually be replaced 4 times until they found the perfect fit with Scott Tabner (a mutual friend of Kelley and Mikel's).
They became The Mark Mikel Hallucination and started performing shows around Toledo. In 1996 after a respectable amount of local recognition and radio airplay, Mikel wanted to create a new identity for the group. "They deserved to be seen as equals and not just my backing band," Mikel said, "I came up with the idea of The Pillbugs and that we'd go WAY deeper into psychedelia. We released our first album on CD in 1998 on our own label (Omniphonic). I believe it was the first debut release to contain a double CD's worth of new and never-before-released music. Until someone proves me wrong - that's what I believe. The point is we wanted to make something people had to notice." This first release took off very slowly but eventually (with the help of the internet) became a somewhat sought after CD.
The second Pillbugs CD "The 3-Dimensional In-Popcycle Dream" (originally another double set) was completed in early 2001. With no real money to put behind it, it sat on the shelf until 2003 until later when they signed with indie label (Proverus). "Proverus had us strip down the album to 1 CD (a brilliant move actually) and then we inserted a 3D Viewmaster reel to make it really crazy," Mikel reveals.
That album was released during the summer of 2003. Proverus helped the group get a lot of notoriety (especially on the web) and also helped to book and manage gigs. 3D sold out of the first run in a matter of 2 months (most of them going to Japan). That was successful enough for Proverus to want a follow-up. The next summer they released their 3rd CD "Happy Birthday" though dark times were looming.
Mark Kelley had been diagnosed with a rare form of lung cancer in 1999. By the time "Happy Birthday" was released in August of 2004, Kelley had lost his voice completely and could hardly stand on his own two legs.
Knowing their wasn't much time left, the 5 friends took to recording one last album together. "Buzz for Aldrin" sessions began in Sept. 2004, just as Mark Kelley took another down turn and was admitted to the hospital. Recording continued with The Pillbugs not knowing if Kelley would ever return.
He eventually did return and was able to contribute the bass guitar to most of the album from his wheelchair- with a permanent breathing machine surgically attached to his throat. Then the studio recording equipment broke down and it was in repair for over seven months. "By the time the guy got around to fixing it," adds Mikel, "Mark Kelley was past the point of being able to record with us. It took me a long time to get back into the groove and finish the album."
"But we eventually finished it though the recording sessions seemed jinxed from start to finish."
To provide the right grandeur for the release, The Pillbugs employed renowned California artist Mark Roland* to supply the CD art.
The new Pillbugs double disc set "Buzz for Aldrin" was released by Proverus on June 19, 2007.
The Pillbugs signed with Rainbow Quartz and their first CD with RQ, "Monclovia" was released on Oct. 30, 2007.
Everybody Wants A Way Out their second rainbow Quartz album was released Nov. 10th, 2008.
In March 2011 Mark formed two new combos, The Mark Mikel Band and Dark Ocean Colors with Scott Hunt, with two albums by the latter coming soon on Rainbow Quartz


*Mark Roland is indeed a very talented artist look here for a few more examples of his art
http://www.orycon.org/orycon26/markroland.html

update...and his new website is here
The Art Of Mark Roland
http://www.rolandscapes.com/